The "Liquid Dynasty" that has occupied the display market for nearly 20 years is facing a change. On October 31, Apple announced that the new iPhone will use OLED panels, officially ringing the drums of display technology revolution. According to the Beijing Business Daily reporter, China's home appliance companies Skyworth, Konka, Changhong and LG Electronics have begun to adopt LG Display's OLED panel to launch OLED TV products, and are actively exploring the high-end TV market. In addition, since September this year, Philips has also launched OLED TVs in China to compete in the high-end market.

"In the future, OLED will change the rules of the display industry and display the market in a unified way." Lu Xiangde, president of LG Display OLED Business Unit, said in an interview with Beijing Business Daily. He predicts that 50% of the global high-end TV market will be occupied by OLED within three years. At the same time, he also mentioned: "LG Display's OLED technology and production capacity have matured, and has established a solid cooperative relationship with Chinese companies, enabling China's display technology targeting the global market to achieve its rise through OLED."

Earlier, UBI Research, a Korean OLED professional market analysis organization, said in a report titled "OLED TV has landed safely in the market", although OLED TVs are still about twice as expensive as LCD TVs, but the most in the US consumer research report. In the good TV survey, OLED TV has surpassed LCD TV and gained market recognition. Especially in the high-end TV market where global enterprises are highly competitive, OLED TVs have indeed gained the trust of consumers, and the OLED market is accelerating.

It is understood that from 2011, the high-end growth momentum of the display market began to weaken, and the sales scale of panel makers began to show negative growth, and the competition among manufacturers became more intense. The topics that show the industry have also gradually shifted from â€œgrowthâ€ and â€œspeedâ€ to â€œprofitâ€ and â€œefficiencyâ€. 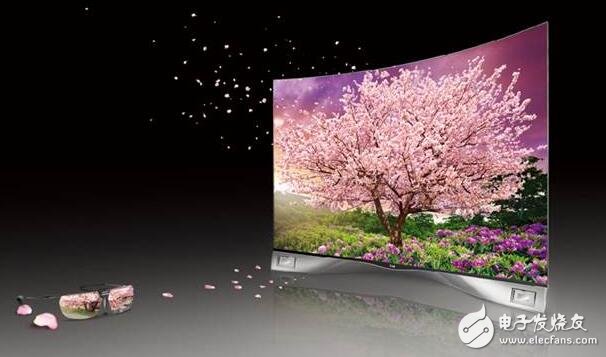 However, in terms of panel production and market development, Chinese panel makers have begun to accelerate the layout and gradually change the model of the entire market. Chinese panel makers such as BOE and Huaxing Optoelectronics are actively investing in LCD production lines for more than 10 generations to accelerate the pace of productivity expansion; in terms of market, China has surpassed North America to grow into the world's largest TV market, and consumers are accepting new technologies. It is also faster, becoming a must for new products such as 3D and UHD. Especially in the UHD TV market, which is proud of its ultra-high definition resolution, China has become a market leader.

In the era of such display system conversion, Chinese manufacturers are constantly looking for new technology platforms as the basis for better display of the rise. In the market where competition is intensifying, OLED is the only way out of the Red Sea in LCD. Recently, Su Zihuan, general manager of Changhong Multimedia Industry Co., Ltd. said: "OLED is the development trend of TV industry. Changhong will unswervingly grasp the trend and develop more mature and high-quality OLED TV products." Li Haiying, vice president of Skyworth, also said that the self-illuminating structure OLED is the only technology that can lead the way in the future. Skyworth's 2016 OLED TV sales target is 200,000 units.

Talking about the development of OLED, Lu Xiangde said that in September this year, OLED sold a total of 1 million pieces. In the global High End market such as China, North America and Europe, OLED is leading the market. Especially in the North American market, 55-inch OLED TVs accounted for 77% of the high-end market above $2,000, and 65-inch OLED TVs accounted for 74% of the market above $3,000.

In addition, in terms of customers, many companies have plans to list OLED TVs. "The current OLED products have reached the level of 17 years in general households without any problems. In Germany and Japan, where quality requirements are very strict, companies have already recognized the perfect picture quality and quality of OLED TVs. Lu Xiangde said.