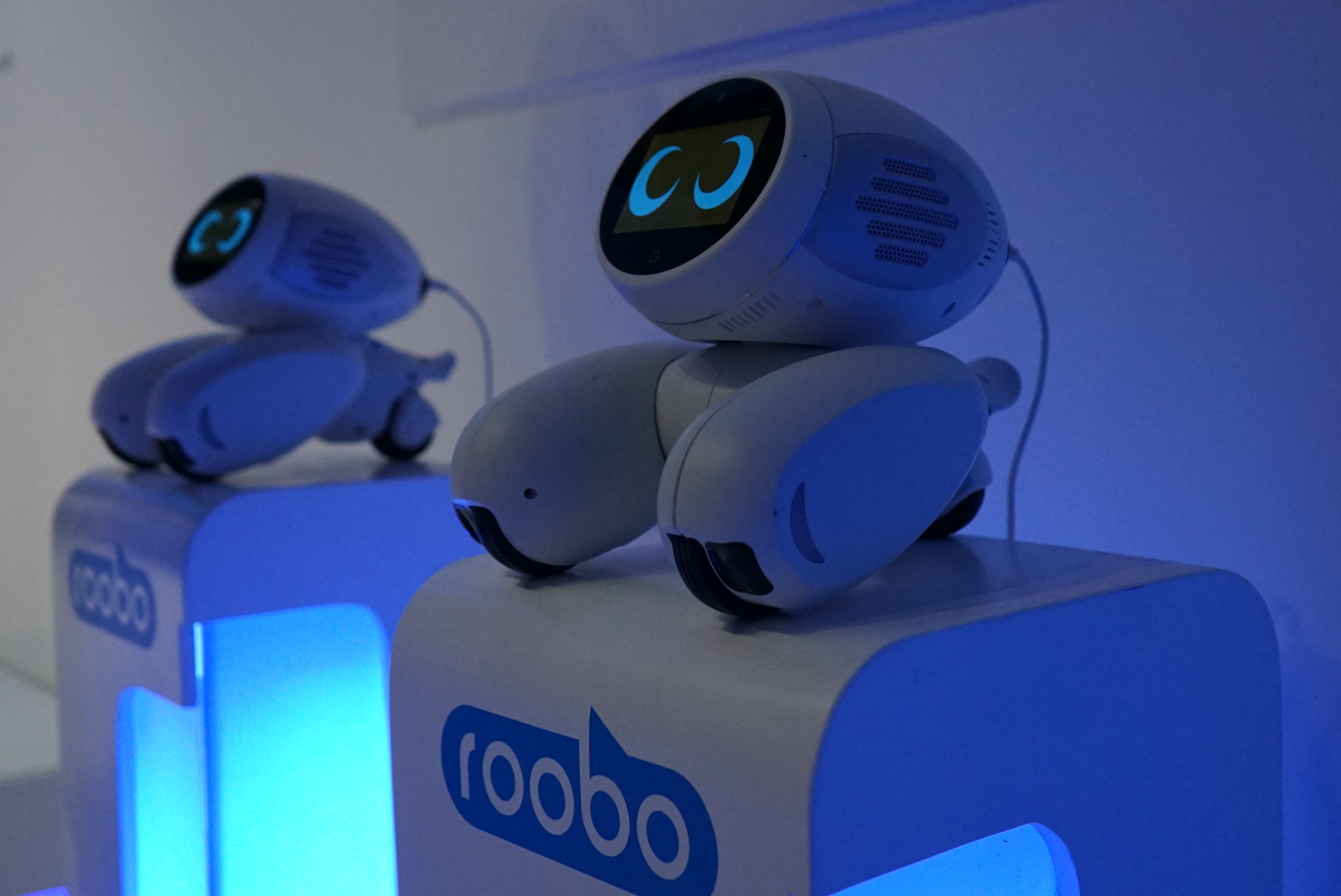 In the PC era, the powerful Microsoft empire with Windows as its core was born. In the era of mobile Internet, Appleâ€™s IOS and Googleâ€™s Android basically divided the world. Looking at the history of the development of PCs and mobile phones, the platform-level operating system played a decisive role. Today's robots are praised as the Internet's next scene. Should there be similar operating systems?

On September 21st, a domestic ROOBO-based artificial intelligence startup announced A round of financing of US$100 million, and released its own robot operating system. At the same time, the DOMGY Smart Pet Robot and J2 Business Services under the robot system ecosystem were also unveiled. Robots, four-legged robots, several products.

In the current situation where robots have not yet been popularized, the concept of robotic operating systems has been mentioned. Most people who eat melons will have a hard-headed look. What is the ghost of this system released by ROOBO?

First of all, let's first narrow down the concept of robots, because ROOBO's robots mainly refer to hardware products that can provide Internet services. Similar to the service robots that Softbank invests in Pepper, ideally it can help people sweep the floor, wash the laundry, even Chat and more.

Although the ideal is to have, the reality is that the current technology does not seem to be able to achieve sufficient intelligence. ROOBO founder Yin Fangming believes that the real core competitiveness of robots lies in the system, which is to be continuously upgraded through interactive training of products and users. Increase the robot's "intelligence" so that "both hard and soft".

According to Yin Fangming's introduction, the robot's operating system consists of four aspects and progressive layers. The first is the underlying sensor, signal processing and motion control, followed by the middle system management module, and the upwards is an open platform for visual programming. The top layer is a set of human-computer interaction, artificial intelligence, and cloud services that are closest to the user.

ROOBO will open this relatively standardized interface to third-party vendors, providing it with a rich customization program, and making the process of creative realization into products faster and easier. In the industrial chain, ROOBO has selected giants at home and abroad, such as Unicom, Foxconn, and Waterloo, to try to open up the artificial intelligence robot industry chain in R&D, design, supply chain, production, marketing, and sales.

All along, the development of robots is in a state of non-standardization of their own operations, which seriously hampers the development speed of the robot industry, and the role of the ecology is to reduce the threshold of research and development as soon as possible, so that products quickly fall to the ground, ROOBO in this regard There are also some examples of trials.

For example, the above-mentioned pet dog robot named DOMGY uses the computer vision to identify members and pets in the home, completes the 3D identification of the home space, and can perform security patrols according to the path set by the owner, capturing keenly. Abnormal picture and timely photo upload APP to remind the owner.

There was also the â€œpuddingâ€ robot that had been launched earlier. From the basic functional point of view, it was a chat robot capable of backstabbing and storytelling. It had already cooperated with internet service providers such as the Himalayan and Miyan; it was also a home camera that could capture The baby's screen is pushed to the parent's mobile phone. 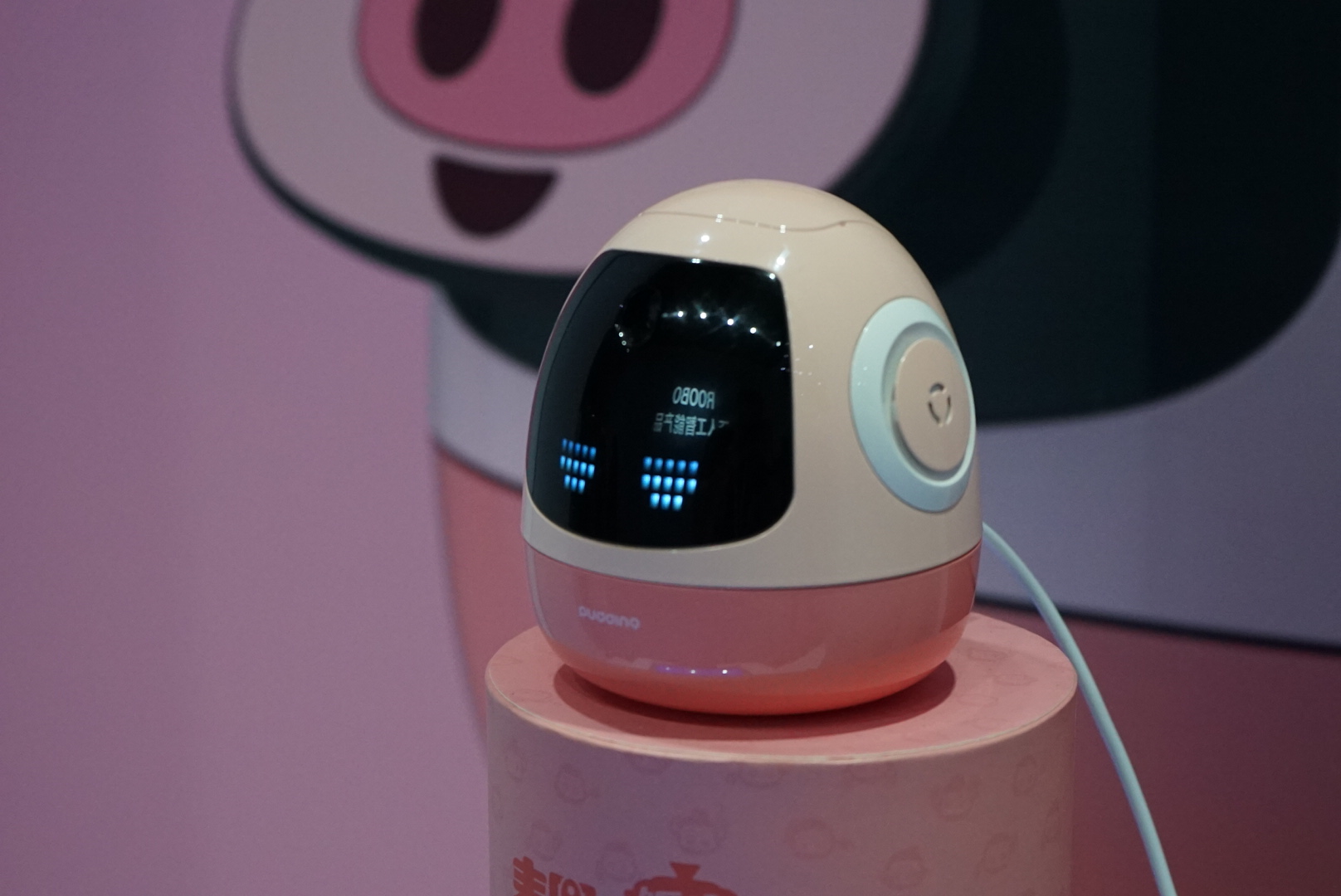 It can be seen that ROOBO's several robotics products currently favor children or pets. Such robots are easier to implement from a technical point of view. They are also more comparably to Google Bostonâ€™s "Large Dogs" and other products. The elementary school is more like a class of advanced toys. There is room for improvement in both human-computer interaction and hardware design.

Yin Fangming said that in the future, ROOBO will use this set of robotic operating systems as its core, gradually moving from children's robots and pet robots to human-robot education robots and then to assistant robots, and gradually increase the wisdom of the machines.