Guo Mingqi, an analyst at KGI Securities, had previously reported that three new iPad Pros will be available in 2017. In addition to upgrading the existing 12.9-inch and 9.7-inch versions, Apple will add a new 10.5-inch version. Target the enterprise and education market. This statement has recently been confirmed by the "Electronic Times", then, this 10.5-inch iPad Pro is simply to modify the size of the current iPad Pro? 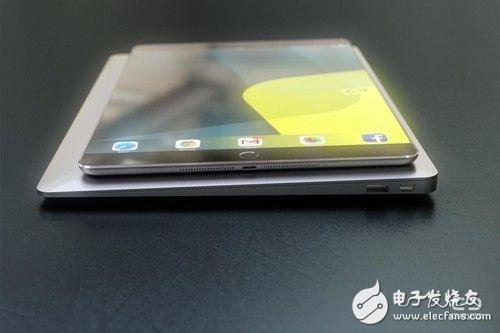 The reporter just learned through the supply chain channel that the 10.5-inch iPad Pro is likely to adopt a borderless design and cancel the existing physical Home button. In addition, Apple will launch a second-generation Apple Pencil product, which only supports the 10.5-inch model.

However, some analysts believe that the iPad's no-border design is not very reliable. It is expected that Apple will only let the display screen cover the middle frame.

Analysts also said that the 10.5-inch iPad may use a curved screen, but its arc will be much smaller than Samsung's, and there will be no black edge similar to Apple Watch. On the other hand, there is news that the actual size of Apple's new iPad next year should be 10.9 instead of 10.5 inches. The idea of â€‹â€‹borderless design continues from the iPhone to the iPad. What do you think of this design style?